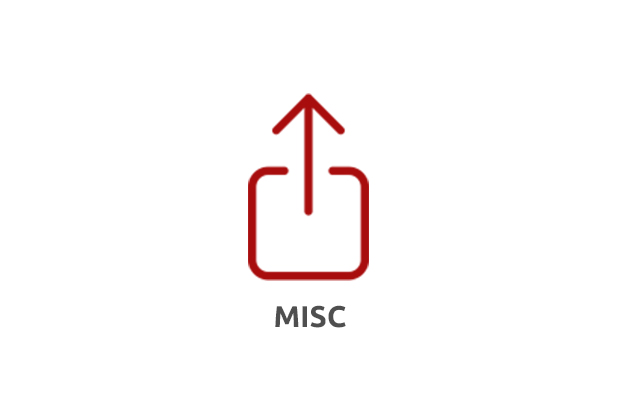 Recent income tax rates and bands are as follows:

When the personal allowance is taken into account an individual will start to pay tax at 40% when their total income exceeds £45,000 in 2017/18. This is expected to rise to £46,350 for 2018/19. This threshold (and the 45% threshold) can be increased if the taxpayer pays personal pension contributions or makes gift aid donations.

The personal allowance is tapered away for individuals who have income over £100,000, at the rate of £1 for every £2 of income above that threshold.

The allowances for recent years are as follows:

*2018/19 figures were announced in the 2017 Autumn Budget and are subject to enactment.

The VAT rates and thresholds are as follows:

Note: Autumn Budget 2017 announced that the VAT registration and deregistration thresholds will remain unchanged from 1 April 2018.

The corporation tax rates for small and large companies was aligned at 20% from April 2015. This removed the need for the associated companies rule and the marginal rate of corporation tax was also abolished. The rates for the three financial years to 31 March 2020 are as follows:

Small and medium (SME) companies can claim enhanced deductions for expenditure on R&D projects at 230% of qualifying expenditure. Where the deduction is claimed and the company makes a loss, it can claim a cash credit from HMRC of 14.5% of that loss.

Large companies can claim an 11% uplift on the following qualifying expenditure:

RDEC differs from the previous R&D scheme for large companies as it is an ‘above the line’ tax credit and can be accounted for in the profit/loss statement.

Around 53 enterprise zones have been formed around the country to encourage investment and job formation. Businesses in some of those zones can claim 100% capital allowances on the equipment they use within the zone. The period for which those 100% allowance are available has been extended by three years to 31 March 2020.

See our helpsheet an introduction to capital gains tax.

Expenditure within the AIA qualifies for 100% allowance in the year of purchase. The AIA cap is currently £200,000 from the 1st January 2016 for a 12-month period. If the accounting period is shorter or longer than 12-months the AIA cap is apportioned based on the length of the period.

The AIA allowance allows businesses to invest in equipment and fixtures (cars and buildings don’t qualify), with 100% tax relief in the year of purchase.

The government will consult on extending the existing IHT exemption for the estates of members of the armed forces, whose death is caused or hastened by injury while on active service, to members of the emergency services.

An additional nil-rate band (the ‘residence nil rate band’ (RNRB)) was introduced from 2017/18 and applies when a residence is passed on death to direct descendants.The RNRB is being phased in between 2017/18 and 2020/21 as follows:

The value of RNRB is tapered away at £1 for every £2 by which the value of the total estate exceeds £2 million.

Main residence relief (also known as ‘principal private residence’ relief (PPR)) provides relief from capital gains tax on the disposal of (or of an interest in) a dwelling which has been the individual’s only or main residence, and on land enjoyed with that residence as its garden or grounds up to half a hectare, or more if the additional land is required for the reasonable enjoyment of the property.

The relief is time apportioned for periods of occupation, and for certain periods of deemed occupation. In particular, relief for the final 18 month period of ownership is given, if the property was at some time the individual’s only or main residence.

Where two or more properties are owned, the taxpayer may elect, within certain time limits, which property is to be treated as his main residence.

Married couples and civil partners may have only one main residence at any time between them which qualifies for the relief.

If the main residence has been wholly or partly let as residential accommodation at any time in the period of ownership, lettings relief can provide an exemption for gains limited to the lower of:

The ISA investment limits are as follows:

From 1 December 2015 first time buyers can open a help to buy ISA to help save for their first home. The Government will contribute a 25% bonus, up to £3,000 per ISA which is paid when the funds are used to buy the home.

From 6 April 2017 UK resident individuals aged between 18 and 40 may open a lifetime ISA to save up to £4,000 per year. The Government will contribute a 25% bonus up to £1,000 per year. The funds can be withdrawn from age 60 onwards or when the saver is terminally ill. The savings may also be used to help purchase the saver’s first home worth up to £450,000, after the account has been open for at least 12 months. The Government bonus will be lost if the funds are accessed for other purposes.

See our helpsheet on individual savings accounts to see the rules on investing efficiently with ISA’s.

The annual tax on enveloped dwellings (ATED) applies where a residential property located in the UK is owned by a non- natural person such as; a company, partnership with a corporate member or a collective investment scheme. There are a large number of reliefs and exemptions from the charge, but where such a relief does not apply the ATED charge must be paid by 30 April within the year at the following rates:

The rates and annual exemption for capital gains tax are as follows:

The rates and thresholds for National Insurance Contributions for 2017/18 are:

*only available for women who made a valid married woman’s election before 11 May 1977.

*only available for women who made a valid married woman’s election before 11 May 1977.

From April 2016 class 2 NICs will be collected through self-assessment, rather than been paid as a separate direct debit on a monthly or six-monthly basis.

For more information see our …

These rates represent the maximum tax-free mileage allowances for employees using their own vehicles for business. Any excess is taxable. If the employee receives less than the statutory rate, tax relief can be claimed on the difference.

From 4th December 2014, Stamp Duty Land Tax (SDLT) is charged at each rate on the portion of the purchase price which falls within each rate band.

From 1st April 2016, if buying a residential property means you’ll own more than one, you’ll normally be subject to an additional 3% charge on the rates detailed below.

Where the chargeable consideration includes rent, SDLT is payable on the lease premium and on the ‘net present value’ (NPV) of the rent payable.

Where the annual rent for the lease of non-residential property amounts to £1,000 or more, the 0% SDLT band is unavailable in respect of any lease premium.

The SEIS was initially introduced for a limited five year period from 1 April 2012, but has since been extended indefinitely, with the income tax and capital gains tax reliefs applying as shown below for all future years.

Investing in VCT shares gives the taxpayer 30% income tax relief on up to £200,000 invested per tax year, and the shares are generally exempt from capital gains tax when sold. However, to counter perceived abuse of the scheme, following changes were made from 6 April 2014:

For more information see our …