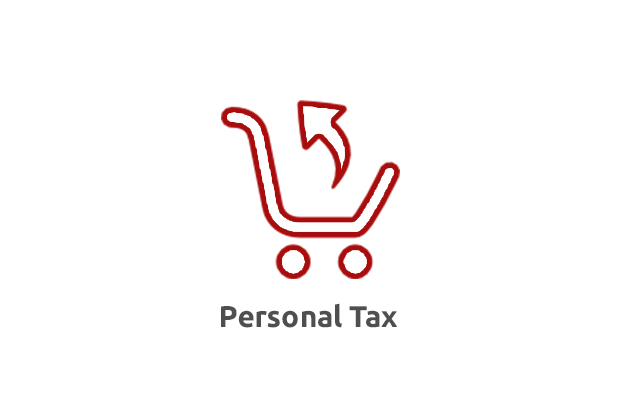 In December 2018 HMRC published guidance on the taxation of cryptoassets. HMRC confirms that:

In October 2018 the Cryptoassets Taskforce, consisting of HM Treasury, the Financial Conduct Authority and the Bank of England has published its Final Report. This provides an overview of cryptoassets and Distributed Ledger Technology (DLT), assesses the associated risks and potential benefits, and sets out the path forward with respect to regulation in the UK.

Tax was outside the Taskforce’s remit.

What is a cryptoasset or cryptocurrency?

There many different types of cryptoassets, and the so called ‘cryptocurrencies ‘ are just one variation.

Many people will have heard of Bitcoin, Ethereum, Ripple, Bitcoin Cash, Litecoin, perhaps Stellar, Tether or Eos and there are thousands of new forms of cryptoasset which are less currency like and can have other attributes which can make them essentially a form of tokens tradable on different platforms worldwide.

Cryptocurrency shares many similarities to other currency:

Cryptocurrency has become extremely popular, not least because it uses new technology which has almost infinite possibilities and importantly for many disrupters, it is not manged by normal banks and normal bank charges do not apply as you do not hold currency in a bank but in a digital wallet.

You can buy or sell cryptocurrency via different platforms both on and off the normal web.

Many people invested in Bitcoin ‘BTC’, firstly as a purely speculative bit of fun and then got rather hooked on them due to the fact that high exchange rate created huge profits could be made, provided that your timing was good and you had a detailed understanding of the market.

The exchange rate with cryptocurrency is highly volatile and between 2016 and 2018 exchange rates have reached extraordinary levels in Europe, the US and in the far East.

The main people to profit from cryptoasset gains appear to be those who have created them or their platforms or mined them. The BTC bubble has accelerated the creation of other forms of cryptoasset and when a new product is launched its creators will benefit from their initial holdings or awards of assets. If the launch goes well these assets may be converted into different assets.

How to tax profits or gains made on cryptocurrency?

This guide is for individuals and not companies.

HMRC does not currently recognise BTC etc as a currency, however cryptoassets are intangible assets and appear to fall into s.21(1)(a) of TCGA 1992.

This means that disposal proceeds are taxed as capital gains, unless there is evidence of trading.

The key test to determine whether you are trading for tax purposes is to apply what are known at the Badges of Trade. These looks at amongst other things what you do in your day job, the frequency of trades, and your objectives in owning the currency. Each case needs to be considered on its own facts especially given the multifunctionality of some cryptocurrencies.

If your gains are taxed as capital, you should obtain tax relief on the costs of trading, as in buying and selling. You may offset your annual CGT exemption (if unused).

Paying employees in shares, commodities or other non-cash pay

Check if you need to pay CGT when you sell cryptoassets

Under the section 104 Taxation of Capital Gains Act 1992 pooling rule each type of cryptoasset is kept in a ‘pool’. The consideration (in pound sterling) originally paid for the tokens goes into the pool to create the ‘pooled allowable cost’.

If some of the tokens from pool are sold, this is considered a ‘part-disposal’. A corresponding proportion of the pooled allowable costs would be deducted when calculating the gain or loss.

Individuals must still keep a record of the amount spent on each type of cryptoasset, as well as the pooled allowable cost of each pool.

A few years later Victoria sells 50 of her token A for £300,000. Victoria will be allowed to deduct a proportion of the pooled allowable costs when working out her gain:

Victoria will have a gain of £258,000 and she will need to pay Capital Gains Tax on this. After the sale, Victoria will be treated as having a single pool of 100 token A and total allowable costs of £84,000.

If Victoria then sold all 100 of her remaining token A then she can deduct all £84,000 of allowable costs when working out her gain.

Acquiring within 30 days of selling

Special pooling rules apply if an individual acquires tokens of a cryptoasset:

If the special rules apply, the new cryptoassets and the costs of acquiring them stay separate from the main pool. The gain or loss should be calculated using the costs of the new tokens of the cryptoasset that are kept separate.

If the number of tokens disposed of exceeds the number of new tokens acquired, then the calculation of any gain or loss may also include an appropriate proportion of the pooled allowable cost.

The 500 new tokens were bought within 30 days of the disposal, so they do not go into the pool. Instead, Melanie is treated as having sold:

Melanie will need to work out her gain on the 500 token B as follows:

Melanie will also need to work out her gain on the 3,500 token B sold from the pool as follows:

In 2014 HMRC produced a tax guide, Revenue & Customs brief 9 (2014) Bitcoin and other crypocurrencies. This is out of date and in need of a rewrite. It mainly considers VAT aspects.

If you are buying or selling cryptocurrency on the regular web through popular platforms HMRC’s bulk data gathering powers may well extend to your broking platform and if the platform is in the UK your details and gains are capable of being reported to HMRC.

There are difficulties for tax authorities is in keeping up with new technology and new online platforms and it looks as if there may major challenges in data sharing when the type of data is constantly evolving.

If you have used cryptocurrency to purchase software or gaming points its unlikely that you have made a profit and HMRC will not be worried about you. You can claim tax relief on the cost software if it used in your business.

If you have used cryptocurrency to buy whatever it is you chose to buy on the dark web it seems unlikely that you will have made a profit on cryptocurrency.

It may be difficult for any authority to track your transactions even if they are made via blockchain. There is concern on some forums that people will who have used mixing when sending crytocurrency could be targeted by HMRC. It seems unlikely that HMRC is going to be concerned about what you purchase; what you sell and who you sell to is an other matter.

If you are looking for Crypto currency accountants in London, or anywhere nationwide , Get in touch with us so that we can help you.